They are, without a doubt, the world’s best selling stout, but Guinness aren’t ones to rest on their laurels. Bringing out two new beers, the Dublin Porter and West Indies Porter, Guinness are looking to refresh their image and muscle in on the craft beer revolution. Reaching back through their history, they’ve pulled out a few recipes from their archives to create these two beers that will be sold across the UK by the bottle, although the Dublin Porter may also be found on tap in some rather lucky locations.

Firstly, what do we think of the new beers? First up, the Dublin Porter. Immediately out of the bottle, it looks lighter and more opaque than your standard draught Guinness. To the taste? There are some specific chocolate notes, lightly roasted hop flavours and a slight coffee bitterness about it. It feels a lot easier to drink than the regular draft, and this is reflected in the alcohol content, being only 3.8%. It’s the kind of beer you could sit and drink for a while and not feel too heavy, full or drunk from. That being said, we don’t think this will go down too well with the customary Guinness drinker, who will miss that weighty feeling and depth. This is definitely a version of Guinness for those that probably aren’t big fans of actual Guinness and want a sort of half-way house. 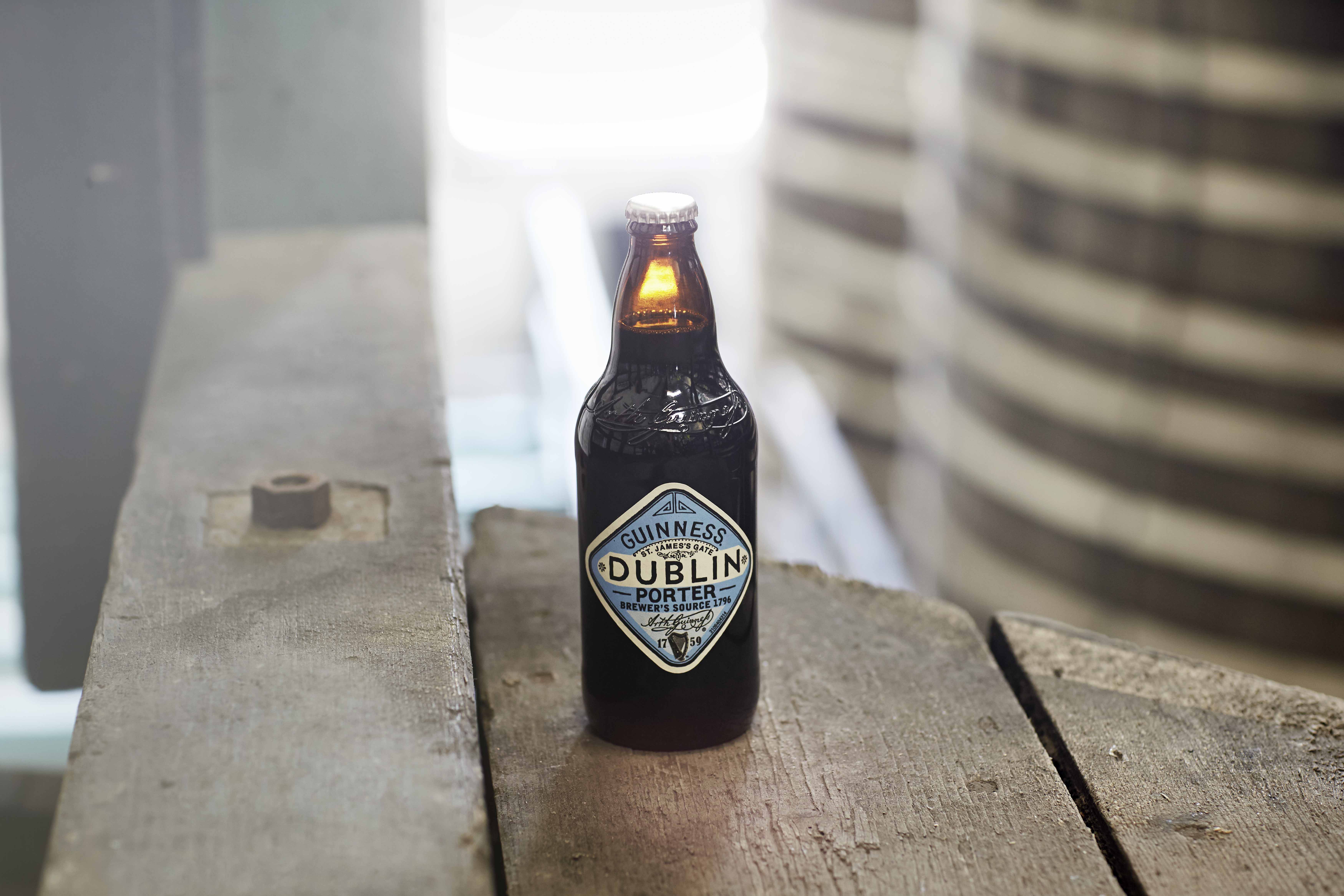 The West Indies Porter is a much more pleasing beer to your typical Guinness fan, although may prove divisive amongst others. This only comes in bottles, and upon pouring it out, you are struck by the rich, dark brown colour of the liquid and the caramel coloured head that forms. It has a deeper aroma than the lighter Dublin Porter, and is quite bitter sweet to the nose, but more sweet than bitter. The taste is altogether much more warm and welcoming than the Dublin Porter. The West Indies Porter has a caramel and coffee rich depth to it, sits satisfyingly in your mouth and runs smooth down your throat. It is a tad stronger at 6% and if you had to place it on a spectrum, it is somewhere between your draught Guinness and Guinness FES. Back in 1759, Mister Arthur Guinness signed a 9,000 year lease on their now famous St James’ Gate, Dublin brewery. Since then it has been pumping out Guinness to a thirsty market place across Europe. In those 255 years a lot has changed, with Guinness going truly global and breweries popping up across the world to satisfy demand. Meanwhile, the original site back in Dublin also underwent a lot of expansion, and more recently, its own Brewer’s Project has taken the spotlight – a brewery where some highly skilled individuals get both to play with old recipes and concoct something all together new. But you have to stop and ask yourself, why try to reinvent the wheel? Guinness is a best seller, a great stout, and an industry icon. Putting it simply, I guess the answer is that the market is shifting and they don’t want to get left behind. Craft beer is all the rage and anything in a bottle with a cool label will sell well to the hip crowd. Consumers are caring more about the source and the story so much as the taste. It would be remiss of Guinness not to wade in with their archive of beer recipes and give the craft beer nut a crack. We spent an evening getting to know the Dublin Porter and West Indies Porter a little better alongside Guinness brewer James Cameron. A man whose day-to-day job involves cycling in to the brewery nice and early to get his brew on (not tea), and drinking a healthy amount (responsibly). He told us that the Dublin Porter and West Indies Porter are less about invention, and more about (re)discovery. Guinness employ two full time archivists. Historians who spend all day and night dealing with family trees, dusty old books and information requests. It might not sound exciting, but they love it. Within the tomes they caretaker, lies their history, brewer’s diaries, the majority of the old Guinness recipes as well as sales and marketing.

Whilst the archives that Guinness keeps are extensive, they are not without their limitations. When it came to finding these old recipes, it certainly had some information about the ingredients, but the detail was missing. A bail of hops? Which hops? How big was this bale? Which season’s hops? So, it was with some bookish research, a great deal of endeavour and a lot of taste testing, that the Brewers Project was able to (re)create the Dublin Porter and West Indies Porter. Why is (re)created bracketed? Well, it’ll never be exactly the same, but there’s nobody left who tried it the first time around to point it out… However after panels of taste-testers approved the brews, they were green lit for production. Interestingly, this is also another amazing job you can get at Guinness!

The archives were also the source of the labelling, where hundreds of unique labels have been collected. As Guinness was not bottled by the brewer for a long time, they outsourced this allowing each bottler to put their spin on the marketing. Pull all of these together and you get something a little like what you see on these bottles. With the back story of Guinness feeding into the creation of the Dublin Porter and West Indies Porter, their marketing looks at the personal touch the company brings to the process: those men and women of the brewery who work to bring these creations to life and to your lips. Again, this is part of the whole craft beer drinking scene, where the story is almost, maybe even more important than the beer itself… We feel they should have included the archivists given their role, but you can’t have it all! Head of Innovation for Guinness, Nick Curtis-Davis said: “As beer lovers’ tastes and the beer landscape itself evolves, it is important we continue to stay at the forefront of beer innovation. Our brewers, at the core of the project, are passionate about pushing boundaries, whilst keeping true to the Guinness quality our customers know and love. Our two new beers; Dublin Porter and West Indies Porter are examples of this innovation and demonstrate the exciting things our brewers are continuing to do with stout” Guinness is only 255 years into its 9000 year lease; these two new beers are just a taste of what’s to come. 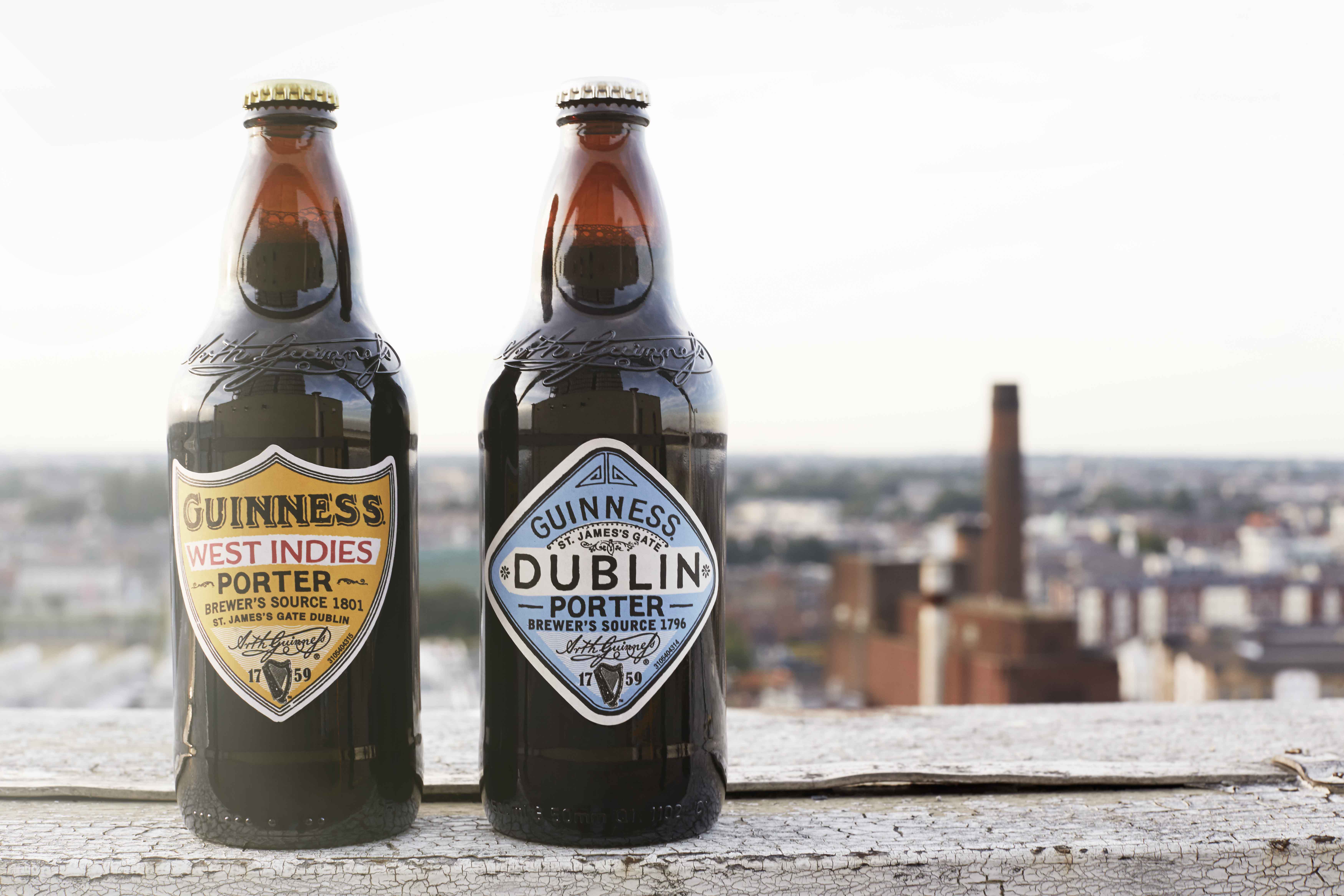